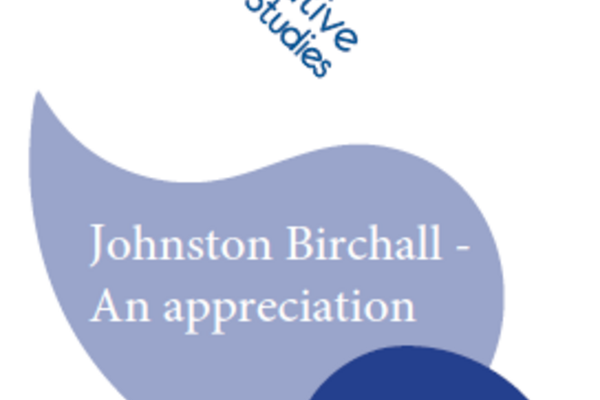 Journal of Co-operative Studies Vol 55 No 1

Johnston Birchall had a long association with UKSCS as a board member, vice-chair and secretary, then as editor of the Journal for five years before becoming part of the editorial advisory board. During that time, he left a legacy of research papers, policy documents, articles, and commentaries on public policy, co-operatives and mutuals locally, nationally, and internationally. A year after his death, this special issue of the Journal commemorates and celebrates Johnston Birchall’s huge contribution to both UKSCS and the co-operative movement.

Governance of co-operatives: Democratic and member-owned or, 'There is no blueprint for good [co-operative] governance

My friendship with Johnston Birchall

Orginally published in the Society for Co-operative Studies Bulletin 51, 50-56 — August 1984

Housing co-operatives: How successful are they?

The fall and rise of the small co-operative store. “Save our shop” - updated

Government policy and social housing. Dangers and opportunities in the Bill.

Neither public nor private: The co-operative third way.

Co-operative values and principles: A commentary.

The Lanica affair: An attempted takeover of a consumer co-operative society.

Early in 1997 a series of events occurred which sent a seismic shock wave through the UK co-operative sector, whose ripples reached throughout the co-operative ‘world’ and are still being felt today. We had got used to the idea of ‘demutualisation’ of the UK building society sector (which is now down to around 30 per cent of its former size) but the prospect of a hostile attempt to ‘deco-operativise’ a consumer co-operative had been thought unlikely. It is the sort of event that, when it comes, leaves one wondering why one had been so complacent, and determined never again to take the existence of the co-operative form of business for granted. To paraphrase a well known saying, there is nothing so concentrates the mind than the prospect of one’s own (organisation’s) death. In this article, the story is told of how the takeover bid came about, how it was overcome, and where this leaves the UK co-operative sector. The subject is so controversial, and the memory of it so recent, that the article concentrates on providing an accurate account of what happened and when (though towards the end some more personal views are given about the implications of the bid for the co-operative sector as a whole). It is important that we have as accurate and unbiased an account as possible, as an archive on which to build.

Co-operatives in the twenty-first century.

This speech was given on 6 July 2000, International Co-operators’ Day in Japan

Creating and supporting co-operative members in the West Midlands

Member participation is widely considered to be the lifeblood of democratic member-owned organisations such as consumer co-operatives. However, despite this recognition of its importance, active participation is often lower than desired. In this article we first establish why this is an important issue for consumer co-operatives to address. We then present a theoretical model we call the ‘Participation Chain’, which aims to unravel some of the complexity that inheres in an important question that has, up to now, received little systematic attention — namely ‘what motivates co-operative members to participate?’. Finally, we present some research findings from a recent research project that tested the model with two types of consumer co-operative in the West Midlands region: housing and retail co-operatives. This research was conducted in partnership with the Co-operative College as part of a larger project that aimed to find new ways to create and support active ‘stakeholder members’, and therefore vivify processes of member involvement in the West Midlands.

The role and potential of co-operatives in the poverty reduction process: A research agenda

This paper is an introduction to a current research project on co-operatives and poverty reduction. Its purpose is a little different from that of the conventional journal article as it has been written to inform academic researchers, potential research partners, key informants, and international collaborators of why the project has been set up, what it aims to achieve, how we intend to go about doing the research, and how we hope the results will be disseminated. It begins by summarising the ‘mixed history’ of co-operatives in relation to poverty reduction, distinguishing between the different trajectories in developed countries, the ex-communist countries, and developing countries. Then it sets out some arguments as to why co-operatives might be thought to have comparative advantages in reduction of poverty. It defines the two main concepts: co-operatives and poverty. Then it sets out the project’s aims, its research strategy and its methodology, drawing on the literature on poverty traps and organisational comparative advantage. The expected outputs are described, and the project’s ethical stance is explained.

Co-operatives and poverty reduction: Findings from a research project

This article reports on the findings of a two and a half year study1 to investigate the role and potential of co-operatives in poverty reduction. It follows an earlier article in this journal where we outlined the research agenda on these important issues (Birchall & Simmons, 2007), and is based on a longer report published by the Co-operative College (Birchall & Simmons, 2009). The article suggests that co‑operatives have significant potential for poverty reduction relative to other types of organisation, and that many co-operatives are currently helping their members to achieve more than they could on their own. It also suggests that with the right kind of support co-operatives are capable of increasing the help they are able to offer their members to escape from poverty.

The ‘mutualisation’ of public services in Britain: A critical commentary.

This article provides a critical commentary on the ‘new mutualism’, an intellectual current in the recent debate about public services in Britain that argues for the ‘mutualisation’ of service delivery agencies. First, it defines a mutual, and identifies important ways in which the new mutuals diverge from this definition. It traces the genesis of the idea in the ‘old mutualism’ of pre-welfare state Britain, explaining how mutuals were rejected in the setting up of the post-war welfare state. It describes how foundation hospitals and other recent developments have been influenced by a new appreciation of the idea of mutuality that has been used to help shape New Labour’s modernisation of public services. It shows how mutuals fit with other new forms such as the public interest company and social enterprise, and with a broader ‘script’ provided by communitarianism and the ‘third way’. It considers potential weaknesses in the argument, and then reviews criticisms concerning inequality and lack of participation. Finally, it asks whether the concept will remain as influential in the future, and whether it will deliver the improvements in public services that its advocates have promised.

A ‘member-owned business’ approach to the classification of co-operatives mutuals.

Co-operatives are defined according to co-operative principles and an identity statement endorsed by the International Co-operative Alliance (ICA). The article argues that this is too much taken for granted, and that more work needs to be done. It provides a brief history of the co-operative principles, showing how the ICA has codified and periodically revised them. It discusses several difficulties with this approach and suggests an alternative based on the concept of member-owned businesses. Three main stakeholders are identified and the different types of co-operative are put into a comprehensive classificatory system. Co-operatives are placed firmly in the category of ‘private sector’ rather than in categories that privilege the social over the economic. It suggests co-operative federations should adopt a member-ownership framework, extend a welcome to other types of member-owned business, and through this approach align their membership and business strategies.

Building on a legacy

Ten co-operative housing societies established in the period immediately before the First World War continue to operate today, providing inexpensive rental accommodation to their tenant-members. Their survival is remarkable, particularly as they have almost no knowledge of the other remaining societies and no relationship with the mainstream co-operative housing movement. Although each society has evolved its own ways of operating, all maintain structures which remain recognisably co-operative. The challenges they have faced, for example in avoiding demutualisation, in building adequate governance structures, and in reconciling individual member interests with the collective interests of the whole society, provide valuable lessons, particularly for today’s community-led housing initiatives.

Essays in honour of Johnston Birchall

Special issue of the Journal of Entrepreneurial and Organizational Diversity, 2023.

This bibliography will be updated as and when any new materials are discovered. It includes, articles, book chapters, edited books and monographs, reports, some conference presentations and news articles. 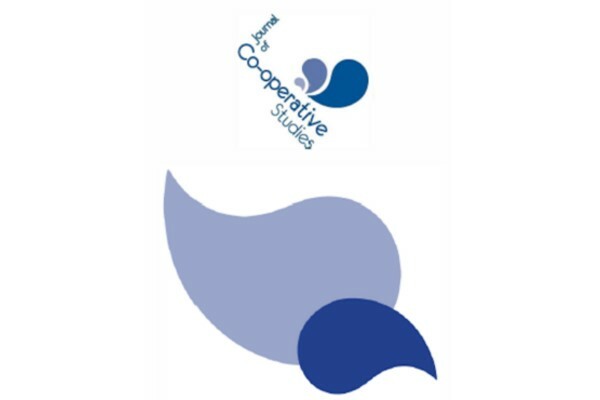 Journal of Co-operative Studies Vol 55 No 2 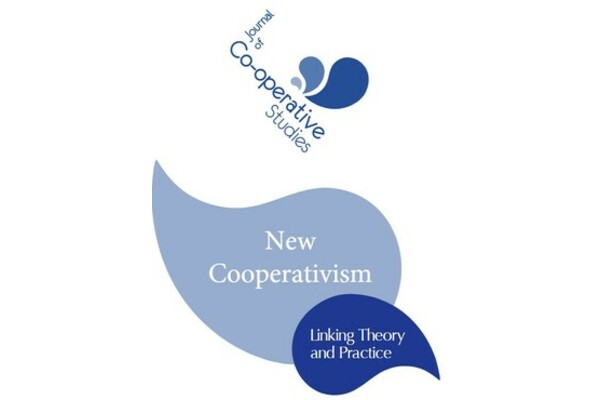 Journal of Co-operative Studies Vol 55 No 3

27 Dec 2022
Members only
UK Society for Co-operative Studies is registered in England and Wales as a charitable incorporated organisation Number 1175295. Our registered office is Holyoake House, Hanover Street, Manchester, M60 0AS.
Log in | Powered by White Fuse