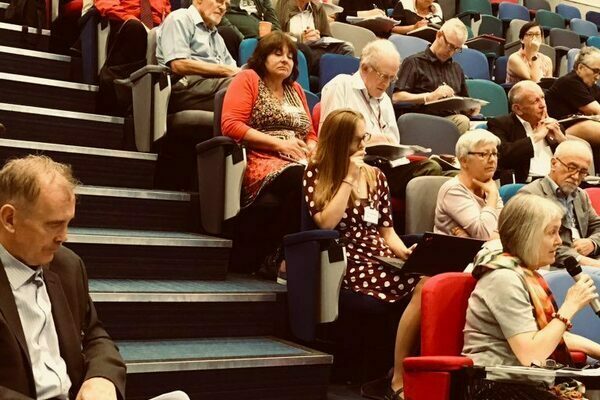 Unfortunately we have had to postponed this years conference but will be in touch soon with new plans.

Consumer co-operatives: past, present and future

UKSCS is back with an in-person conference for 2022. The conference will be held on the 26th-28th August at the University of Lincoln.

More details on registering for the conference will be made available in the coming months, meanwhile please see the below for more information and call for papers.

In the UK, there is a particularly strong tradition of consumer co-operation not just because of the early successes of the Rochdale Pioneers, but also because political actors in the late C19/early C20 (particularly Beatrice and Sydney Webb) actively promoted consumer over worker co-operatives. From the end of the C19 up to WW2, British consumer co-operation grew rapidly, reaching a level of market dominance now enjoyed by retailers such as Tesco’s (Wilson et al., 2013). However, after WW2, supermarkets based on capitalist principles usurped the market domination of co-operative retailers, triggering mergers that reduced the number of independent consumer co-ops. Following the Myners report in 2014, the largest co-operative retailer weakened the principle of democratic member control by increasing the power of managerial / board level influence over board level appointments through new screening processes, and reducing the number of member-nominated board places.

However, alongside periods of consolidation and decline in co-operative retailing, there have been new cycles of expansion (and contraction) across multiple sectors. According to the Association of British Credit Unions (ABCUL), credit union membership has grown 41% in the UK in the last decade (see ABCUL, 2022), and the World Council of Credit Unions (WOCCU) reports levels of market penetration near or above 50% in many developing and developed economies (e.g. Canada, 42%; Nepal, 46%; the USA, 56%; Togo, 62%; the Caribbean, 66%, and notably Ireland, 100% - See WOCCU, 2020). There has also been expansion and contraction in sectors like energy, particularly in Denmark (Wierling et al., 2018); schools, notably the UK (Thorpe, 2011); and sports (Jones, 1989).